news/features: When the Gun/Uniform Becomes Tool for Oppression

news/features: When the Gun/Uniform Becomes Tool for Oppression: By Masara Kim
As an ordinary observer, I always prayed for a situation where military/civilian cooperation in Nigeria would return t...
Posted by Masara Kim at February 06, 2014 No comments:
Email ThisBlogThis!Share to TwitterShare to FacebookShare to Pinterest

news/features: FG vs. ASUU; The Battle and the triumph

news/features: FG vs. ASUU; The Battle and the triumph:
By Maliya Amagon
Since 1944 during the colonial era, governments in Nigeria have expressed commitment s to education in the believe th...
Posted by Masara Kim at February 06, 2014 No comments:
Email ThisBlogThis!Share to TwitterShare to FacebookShare to Pinterest

FG vs. ASUU; The Battle and the triumph

By Maliya Amagon
Since 1944 during the colonial era, governments in Nigeria have expressed commitment s to education in the believe that overcoming illiteracy and ignorance will form a basis for accelerated national development as evidenced by British colonial participation in educational provision, the (UPC) of the western and eastern regions in the 1950s and 1976 National Universal Primary Education (UPE) and the current Universal Basic Education (UBE) programmes.
Though the legacies of the colonial government have always been blamed for the economic backwardness of the country, the roots of strike action and the nerve ripping rot in the tertiary education system particularly the nation’s universities can be traced to failed educational policies in the post independence era. Worthy of note is that the country’s educational policy at independence was most concerned with using schools to develop manpower for economic development and Africanization of the civil service, thus the educational policy was narrow in scope and did not meet the hopes and aspirations of Nigerians.
Hence, the Academic Staff Union of Universities (ASUU) was founded in 1978, succeeding the Nigerian Association of University Teachers (NAUT) formed in 1965 primarily to strike a balance in the running of the system by serving as a rallying point for the nation’s universities to iron out issues affecting their smooth operations as well as providing a check on government policies affecting the nation’s universities.
The union was active in struggles during the military regime in the 80s. In 1988, the union organized its first national strike to obtain fair wages and university autonomy. As a result, the union was proscribed on 7th August 1988 and all its properties seized.
It was allowed to resume in 1990 but after another strike was again banned on 23rd August in 1992. However, an agreement was reached on 3rd September 1992 that met several of the union’s demands including the rights of workers to collective bargaining.
Since then, ASUU has remained resolute in its quest to ensure that Nigerian universities enjoy fair treatment as compared to their counterparts in other parts of the African continent.
In July 1, 2013, ASUU began a nationwide strike over alleged Federal Government’s refusal to implement the 2009 agreements entered into with the union. The Federal Government in its quest to quench the raging fire of the union’s demands which was reverberating across the globe with a sustained patronage from both the civil society, media and other stakeholders in the continent’s educational sector evolved several measures to calm the union and return the lecturers back to the classroom but the union remained steadfast in its struggle, a development that attracted the applause of human rights activists including a renowned legal luminary in Nigeria, Femi Falana who described the struggle by ASUU as worthwhile.
Although the union lost one of its arrow-heads in the struggle for sanity in the nation’s university system, aside threads by FG to freeze the salaries of the lecturers as well as sack the members if they didn’t return to the classroom, members of the union could not relent in their efforts to push for infrastructural and other development in the nation’s universities that would enable them to compete favourably with their other counterparts across the continent.
As a result, the FG was left with no option than to call the union leaders back to the discussion table as a way of finding an amicable resolution to the issues therein, hence the suspension of the strike on December 16, 2013 after diligent and careful appraisal of various reports especially the resolutions signed by it and the FG as explained by its President, Dr. Nasir Fagge in a press briefing in Minna. 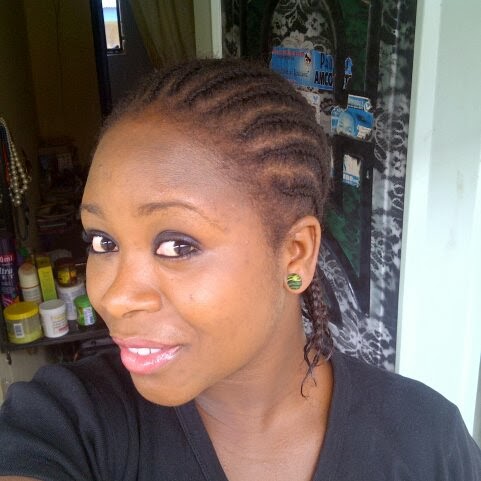 Educational commentators have since the resolution of the industrial dispute praised the union for its firm stance against educational injustice and all indices of underdevelopment in the nation’s educational sector and are therefore calling for support from all proponents of development to enable the union succeed in its efforts to place Nigerian universities among the best in the world.
Posted by Masara Kim at February 06, 2014 No comments:
Email ThisBlogThis!Share to TwitterShare to FacebookShare to Pinterest

When the Gun/Uniform Becomes Tool for Oppression