About 50 bags of Irish potatoes, "stolen" during the recent attacks in Plateau's Josho village of Daffo district, Bokkos LGA, were on Monday seen loaded on a truck and conveyed to the market, reports say.

Unconfirmed social media reports say the crops belonging to one Mr. Samuel Mashingil were "stolen" on the day of the attack from his farm in Fosong village, near Josho, "fully loaded in a car from Manguna and taken to Maikatako market by the Fulani herdsmen."

A source said the issue was reported on social media but not to security operatives.

He said the suspects were known individuals around the community who were sighted among the Josho attackers.

Other reported instances of theft during the attacks include the looting of 100 measures of rice, 16 bags of maize, 5 bags of fertilizer and some bales of wrappers.

"One bag of local rice 100 majors, was stolen from the residence of Mr Mahan Patrick meant for his wedding. It was taken on a Bajaj motorcycle and driven through (Azuyat) before his house was set on fire.

"Five Aquila loaded with women rappers where also stolen and taking on Bajaj motorcycle straight to Fulani residence in (Hatiu) within Josho, stolen from the residence of John Mallau before his house was also set ablaze.

"About five huts containing maize estimated at 16 bags in the residence of Mai Angwa Tikkit Mallau, were loaded in bags transported on various motorcycle by the Fulani herdsmen to (Hatiu) before his entire house was set on fire."

Authorities have not commented on the reports but enquiries were sent as at the time of publishing this report. 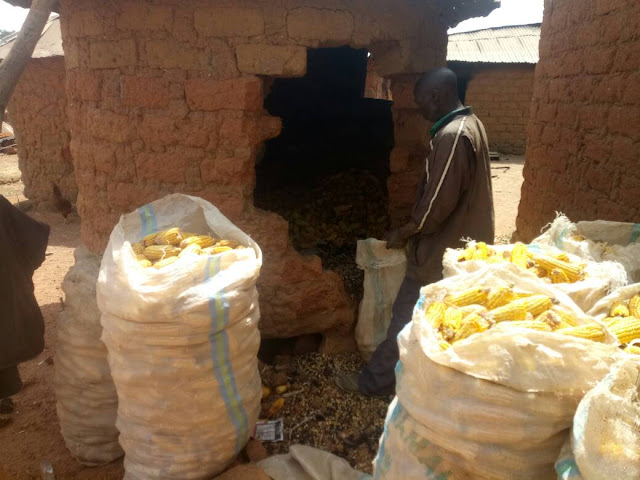 Posted by Masara Kim at February 06, 2018
Email ThisBlogThis!Share to TwitterShare to FacebookShare to Pinterest