Police in Central Nigeria have launched an investigation into a case of assault, attempted murder and willful damage to property at the Palace of the District Head of Gashish in Barkin Ladi LGA, Plateau State.

The attack by people suspected to be Fulani herdsmen on Monday is one of the series of attacks on traditional institutions in the State in recent years.

Police Public Relations Officer, Plateau State Command, Tyopev Terna told MKB that the Chief's residence and a Peugeot 406 car were burnt down during the attack.

"The District Head sustained no gun injury but investigation is on to get the perpetrators of the act," the PPRO said.

The attack on the Gashish village Chief palace followed series of attacks and attempted attacks in the neighbouring villages in Riyom LGA which resulted in protests by women groups same Monday.

Plateau State has witnessed a relapse of Fulani herdsmen attacks since the visit of President Buhari to the state on March 8.

At least 120 people are said to have been killed in different attacks since January this year.

No less than 900 people have reportedly been killed by suspected Fulani herdsmen this year alone in different communities in Nigeria, with the Middle Belt region having the highest figure. 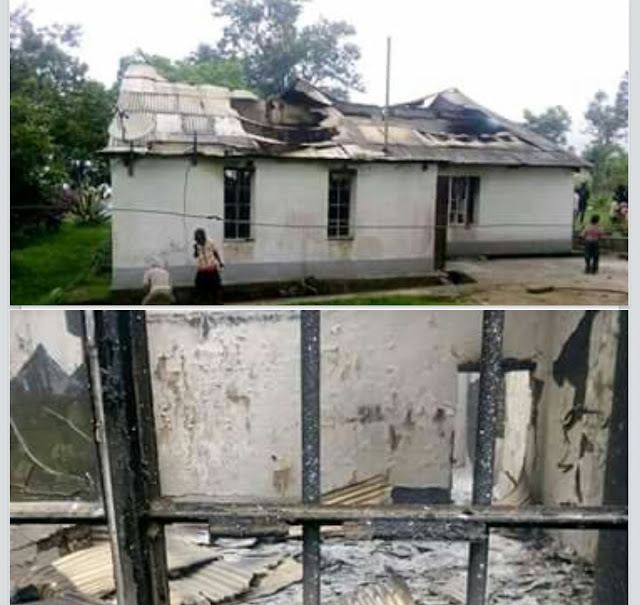 Posted by Masara Kim at May 09, 2018
Email ThisBlogThis!Share to TwitterShare to FacebookShare to Pinterest