Gov. Simon Lalong of Plateau State says all has been put in place for the safe return of people displaced by herdsmen attacks in the state.

The displaced whose homes and farms have either been turned into grazing sites or occupied, the Governor said will be located and given enough security to return to their homelands.

Addressing newsmen in Jos yesterday, Lalong said he is aware that land is the main bone of contention in the conflicts that have bedevilled the state in recent years, hence the resolve of a federal committee on herdsmen clashes to which he belongs, to explore all avenues towards safeguarding the rights of citizens.

"When we had a problem in Bassa, the people themselves told me it isn't a religious or ethnic matter but land matter.

"Some people are chased out and they will try to come and you will say they shouldn't come back.

"The same is the situation everywhere but our recommendation in that committee is that those areas that people say they cannot go back to, the FG has said they must go back.

"But before you will do that, what do you do? Some of them were afraid at first because they said we can't go back because going back is one thing and guaranteeing our security is another.

"When we go back, these people will still come and kill us.

"On that, the FG resolved to mop up arms. When we mop up arms, those places that people say they cannot go back, the FG will move them there and let's see who will come and stop them," Lalong said.

Meanwhile, the Plateau State owned security outfit, Operation Rainbow is set to launch a special emergency response system to address the problem of insecurity in the state.

Sources close to government told MKB that the programme is to be launched today at the Operation Rainbow office in Jos by 11am by the Governor, Simon Lalong.

The programme MKB learns is a partner initiative of the Plateau State Government and the United Nations Development Program (UNDP), initiated but abandoned by the Jang administration.

The emergency response system provides citizens an opportunity to send alerts on any conflict incident to short codes that would be made available after the launch, MKB learns.

The alerts according to a source would be received directly at the Operation Rainbow's situation room to be launched along with the codes.

The source said the information received would be processed within seconds and transmitted to all relevant security outfits nearest to the location of the reported incident for onward action.

The system is expected to work somewhat like the 911 emergency services of the west.

It is said to have been tested previously by the UNDP and found to be effective. 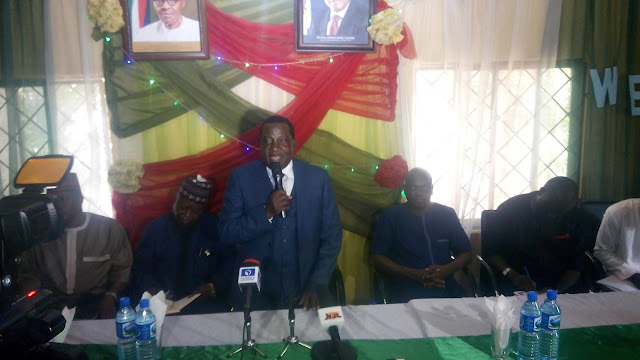 Posted by Masara Kim at May 28, 2018
Email ThisBlogThis!Share to TwitterShare to FacebookShare to Pinterest