The Plateau State Government has confirmed 17 new Lassa Fever cases in the state.

Five deaths have so far been recorded within the past few days, State Health Commissioner, Dr. Kamshak Kuden told MKB.

Details have yet to be obtained as to the location of the identified patients.

The Nigerian Army Headquarters 3 Division, Jos was however said to have reported the death of its personnel from suspected Lassa Fever a fortnight ago.

The soldier was said to have been admitted at Bingham University Teaching Hospital, Jos until his demise.

He was said to have contracted the fever after travelling to a neighboring State. 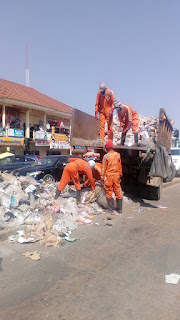 Posted by Masara Kim at January 26, 2019
Email ThisBlogThis!Share to TwitterShare to FacebookShare to Pinterest
Tags Health