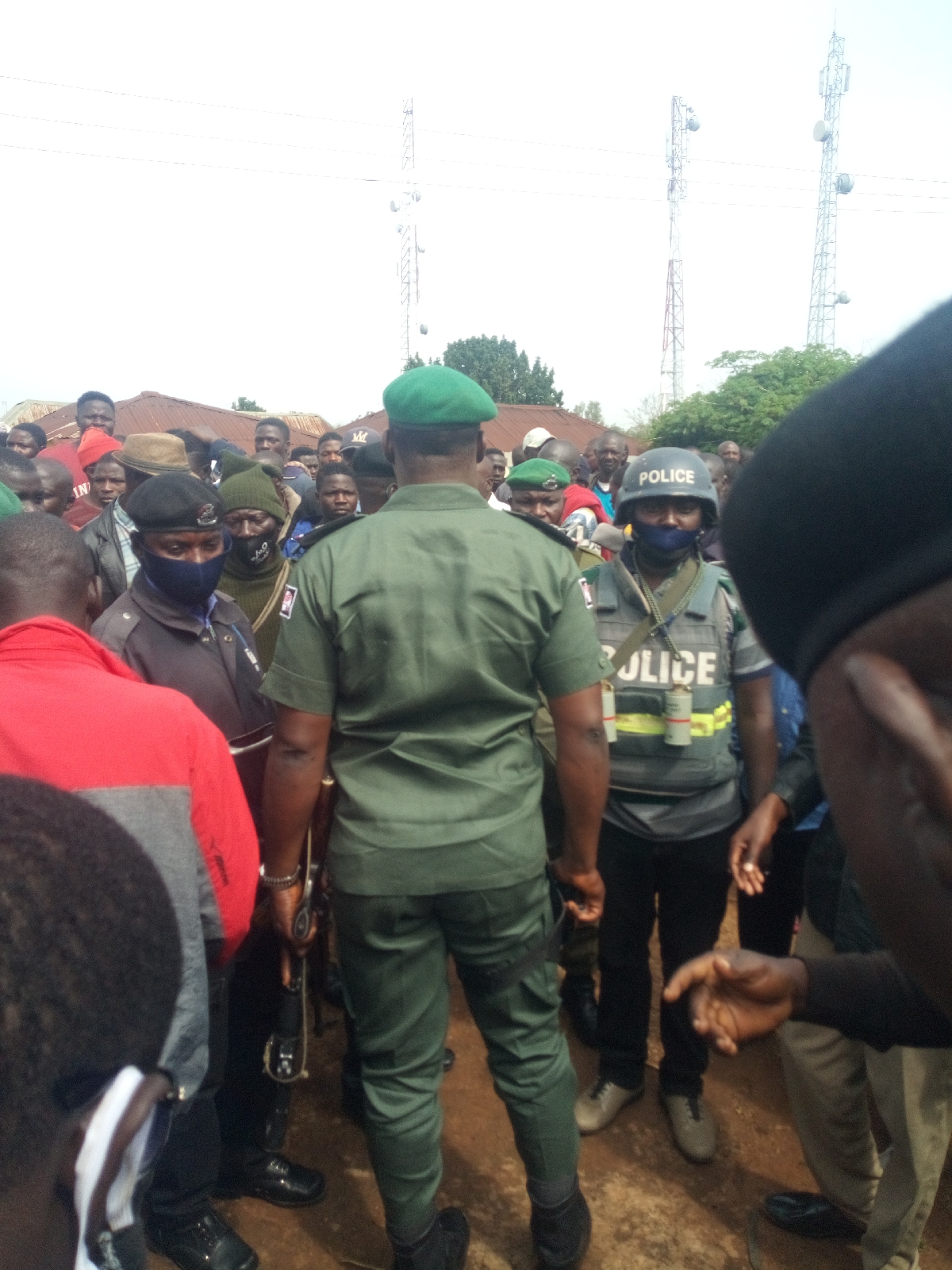 File photo: Police takeover attack scene in Plateau village - representative image
Central Nigeria: Two people were Friday gunned down in Ncha village of Bassa Local Government Area, Plateau State, hours after officials held a peace meeting to end clashes between farmers and herders.
A man named Moses Abbah was killed and another, Mr. Musa David was severely injured while planting beans, it was gathered.
It was the tenth of such attacks in the agrarian State in less  than two weeks, after gunmen believed to be herders killed a Police Sergeant and a civilian in farming Malul hamlet of Daffo district, in the State's Bokkos LGA.
Observers believe the Ncha village farm murder was a reprisal by the attackers who on Wednesday ran into a highly alert military peacekeeping troop while attempting to raid nearby Kpachudu village.
Many of the assailants reportedly escaped with deadly injuries, some of whom are believed to have died hours later.
The raiders, according to an eyewitness who is currently being treated of bullet wounds by the Jos Special Task Force Commander, included familiar herdsmen residing in a nearby village.
Last Friday, a corpse believed to be of one of those injured in the military encounter was found around Gero, Sabon Gida village near Bassa LGA.
Inside sources fear a possible revenge for the recorded casualties, likely in unguarded communities for fear of military reaction.
The Wednesday attack, it was learnt, aimed to avenge the death of one Mr. Saleh Bimbi, another suspected attacker reportedly killed in crossfire with military peacekeepers in Ncha village last Sunday after killing three locals in an ambush.
Similar military interventions have neutralized violent criminal gangs previously terrorizing travelers along Jos-Kaduna roads, leading to weeks of sustained peace in the axis.
The STF troops are however not depending on Force to achieve results.
Intelligence, dialogue and criminal rehabilitation are among approaches used by present officials to end violence in Plateau and other neighboring States, it was learnt.
Through these, at least 18 suspects of herdsmen attacks, identified by their uncomfortable kinsmen are now being tracked by the troops.
The body might however lack the constitutional backing to prosecute suspects as a peacekeeping agency.
With sufficient evidences however, it could secure conviction in partnership with the Police Force, except for political sabotage or compromise by trial officials.
Posted by Masara Kim at October 04, 2020
Email ThisBlogThis!Share to TwitterShare to FacebookShare to Pinterest