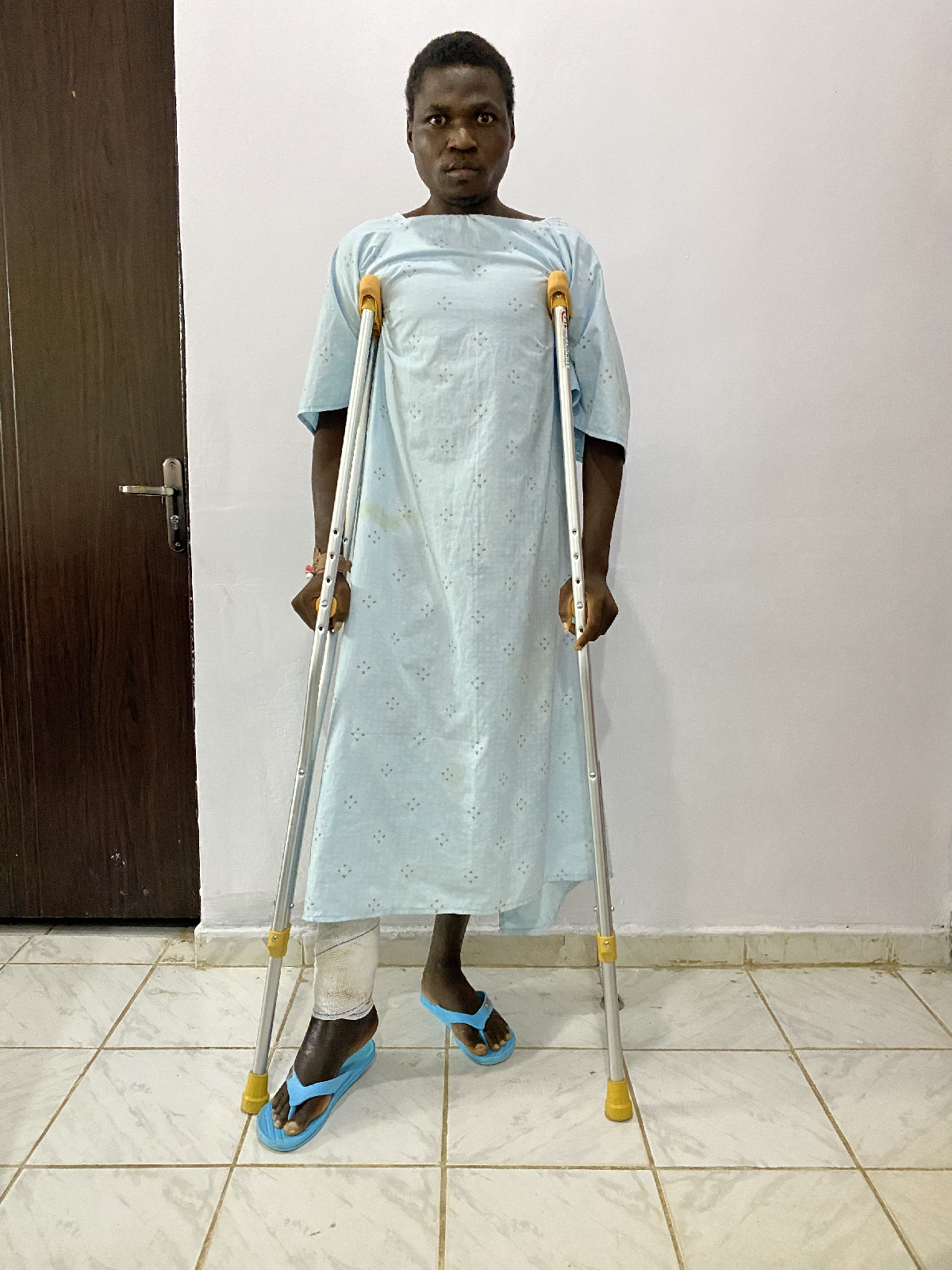 The hours long surgery last Thursday was done at Bimma orthopedic hospital, Jos, Plateau State where Benjamin has been treated since July, 2020. 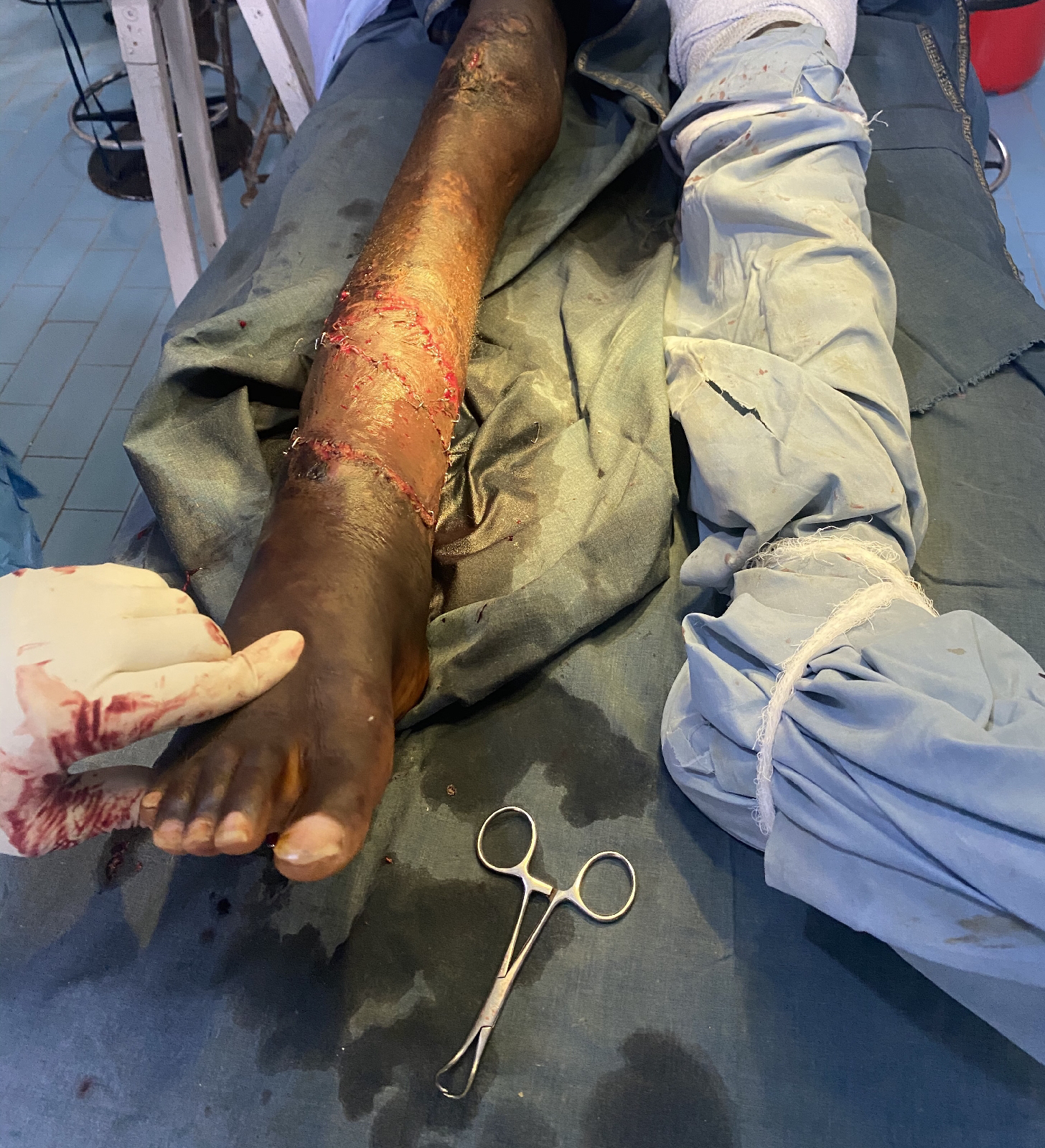 The hospital had commenced treatment for the patient with less than 50% of the N300,000 initial surgery charge paid, agreeing to cover some of the expenses.

A low income mason, Benjamin had multiple fractures in the leg from a deadly autocrash in 2017 and was first treated in a missionary hospital with metal implants fixed in the affected bone. 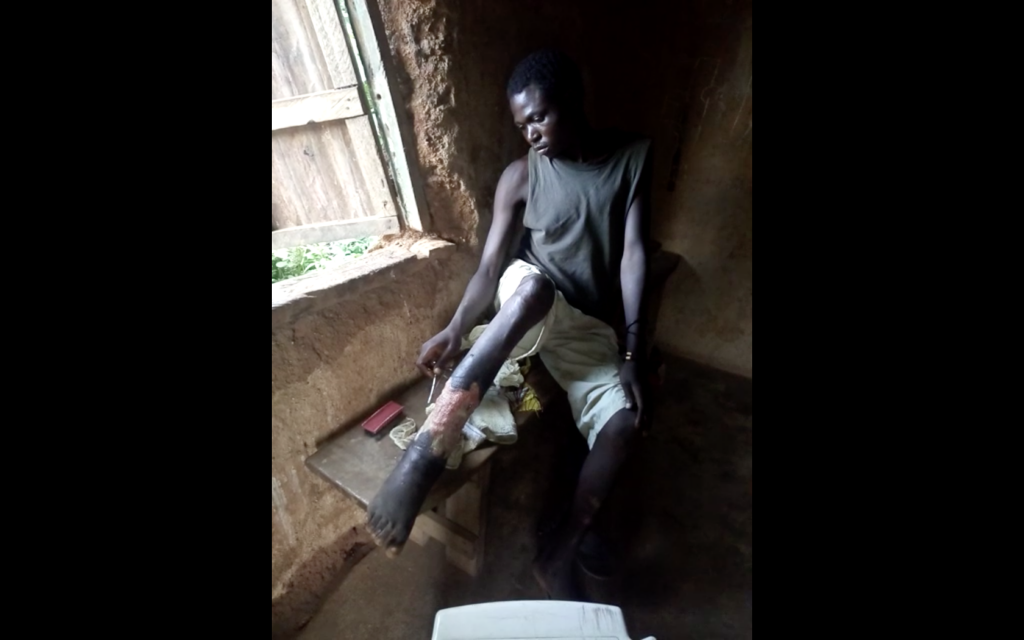 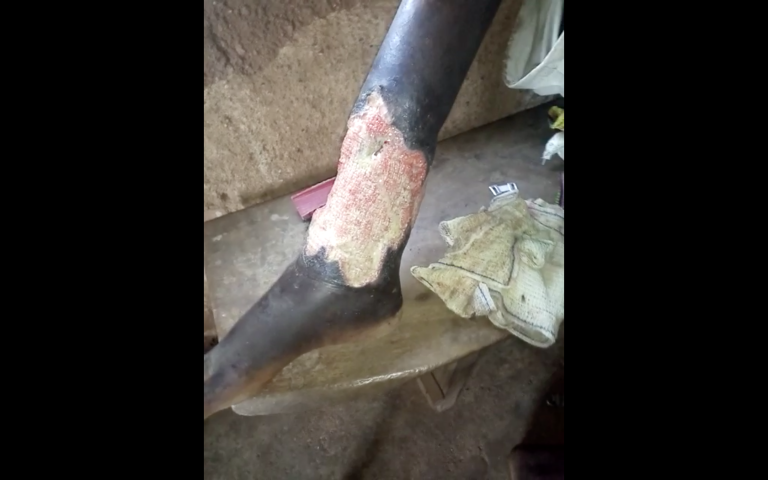 The wounds however degenerated, as the implants began to rust, infecting Benjamin's bones.

Due to lack of funds, Benjamin managed the infections locally while the wounds expanded and deepened, with constant strong smelling white discharge.

Doctors said he could lose the leg if surgery was not conducted to remove the implant and swiftly control the fast spreading infection.

The first surgery was conducted in early August to remove the orthopedic implant in Benjamin's leg. After successfully controlling the infection, Doctors carried out the skin grafting, raiding hope for a normal life for the patient. The hospital has however incurred extra expenses in drugs, laboratory examinations and hired expertise needing financing.

Post-surgery expenses might equally be a challenge without adequate funding, when Benjamin is eventually discharged. MK’s news report only attracted about 40% of the required amount through cash donations, but Bimma Hospital is not letting finances hinder the treatment.

Posted by Masara Kim at October 05, 2020
Email ThisBlogThis!Share to TwitterShare to FacebookShare to Pinterest