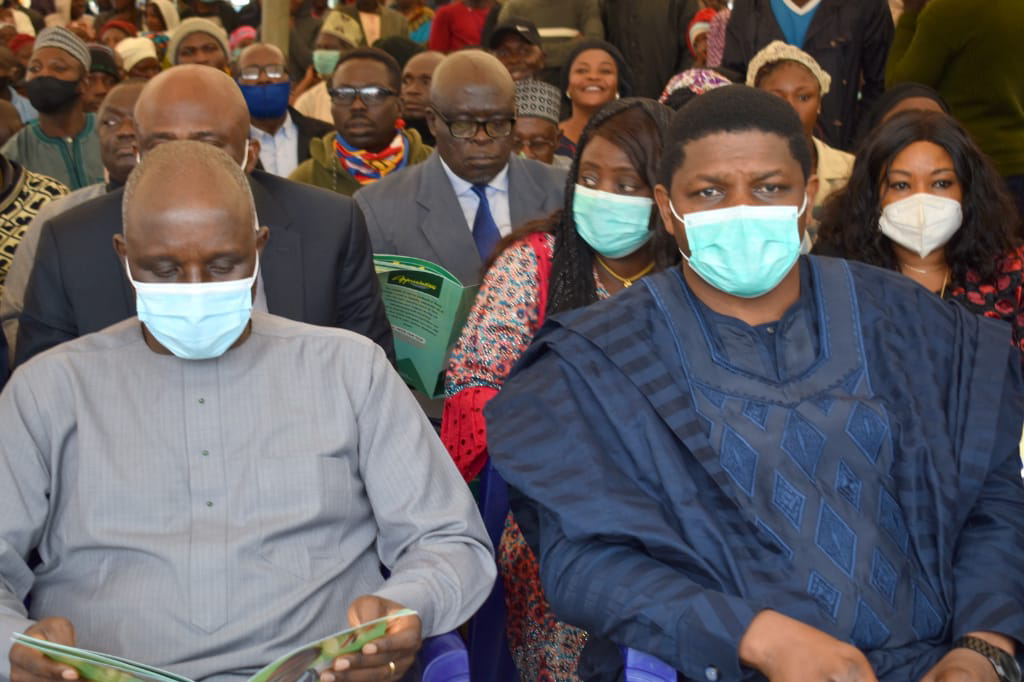 Senator Istifanus Gyang and Hon. Musa Bagos, House of Reps
Jos, Plateau: Nigerian Senator, Istifanus Gyang on Friday said more traditional rulers in Plateau have been listed for assassination.
The "serial targeted killing" of traditional rulers by suspected herdsmen aims at total takeover of native lands in the State, said the Senator at the funeral of a village chief, Mr. Bulus Chuwang, killed on Monday 21st September, 2020 by armed men suspected to be herders.
Gyang said, "In Barkin Ladi alone, in Gashish District, Gwom Kachi, Gwom Ruku and indeed the District Head were killed. In Heipang District, Gwom Kwapo was killed. In Fann District, Gwom Nding Rankasa was killed. In Foron District, Gwom Kakweng, Gwom Ru, and now the Acting District Head of Foron have all been slain. Not only that, a Paramount Chief of First Class standing was murdered in Bokkos Local Government. We have received credible information locally that some of the Chiefs you're seeing here are the next targets of attack. The ultimate desire is the quest to takeover this land."
The lawmaker demanded the prosecution and punishment of "troublemakers" by government and security agencies to fulfill their constitutional responsibility of securing lives.
"The constitution of the Federal Republic of Nigeria allows every Nigerian to choose wherever he wants to reside in any part of the country. But the same Constitution says wherever you are, you must contribute to the wellbeing of that community. When you come to a community and threatened the peace and wellbeing of that community, it is the responsibility of government to ensure that those people that won't let others to be at peace are dealt with. The Primary responsibility of government is to secure lives. And if that is not done then government has failed."
Senator Gyang who represents Plateau North in the Senate and is Deputy Chairman, Senate Committee on Defense said every local security report should be taken "seriously" by security agents rather than probing sources of such.
"Just last week, one of our very vibrant youngmen that has been reporting on these things was invited by the security that he is raising false alarm. Instead of you to focus on those that are the problem, you want to focus on those that are raiding alarm against those people," said the Senator.
He also called for action against "malicious" damage to farm crops by herdsmen in the State, which he said threatens food security.
He said, "The State Government should support the Nigerian Civil Defense Corps to deploy Agro Rangers to secure some of these farms because the threat is alarming. Right now Nigeria has started importing maize, something that has never happened before. And the farm crops that are supposed to guarantee food security are being maliciously destroyed."
Gyang on Wednesday raised a motion at the Senate's sitting on the security threats in Plateau State, particularly the targeted assassination of traditional rulers.
Posted by Masara Kim at October 02, 2020
Email ThisBlogThis!Share to TwitterShare to FacebookShare to Pinterest