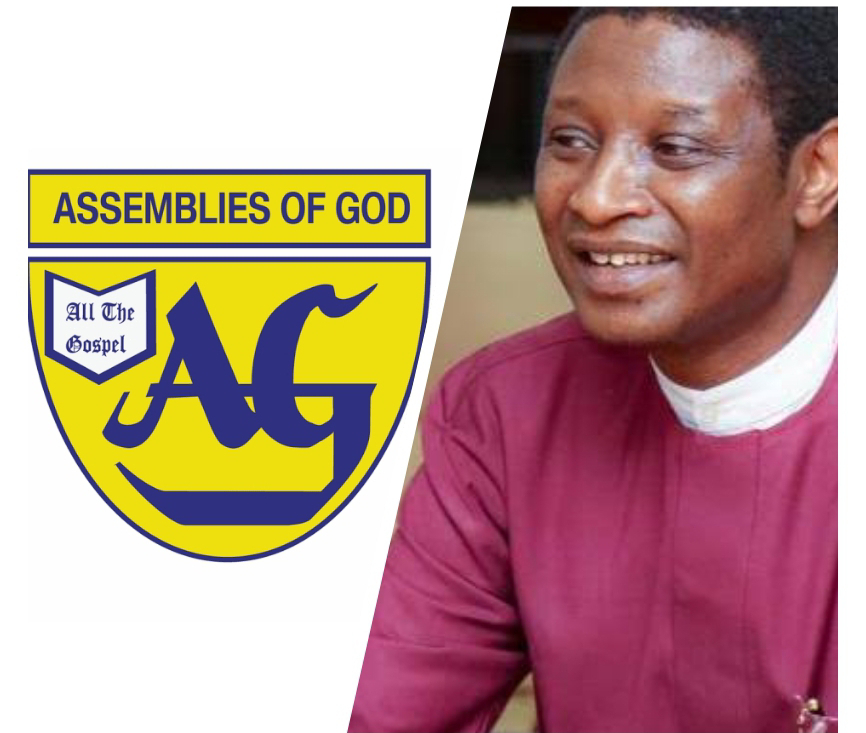 Rev. Yakubu Pam, right
The Executive Secretary, Nigerian Christian Pilgrims Commission (NCPC), Rev. Yakubu Pam may have completed plans to launch his proposed “Assembly of God Northern Nigeria” Church, a newly registered Church identical to “Assemblies of God Nigeria”.
Indications emerged on Thursday that the official declaration of the Plateau State zone of the proposed Church has been slated for Sunday, October 11, 2020 at Assemblies of God Church, Hwolshe, a supposed property of the old Church.
The move, MK gathers is already causing agitations among members of the parent Assemblies of God Nigeria Church, some of whom have vowed to resist it at all cost.
“It is really disheartening that Rev. Yakubu Pam, a supposed man of God who is expected to be a representative of Christ is bent on carrying out this move contrary to an earlier directive by the Federal Government to change the name of the Church and even using the properties of the Church he is seeking to imitate without due process,” said a top official of the Church.
The Corporate Affairs Commission (CAC) had on August 27, 2020 wrote the Incorporated Trustees of Assembly of God Northern Nigeria Church to change the registered name of the Church within six weeks which terminates October 8, 2020.
The letter (COM/GCE/QU/VOL.1/2020/286) signed by Registrar-General of CAC, Mr. Suleiman Mamman said the name was similar to “Assemblies of God Nigeria” which it said was registered in 1996.
This is thought to be in regards of the Companies and Allied Matters Act 2004 (as amended) which in section 30(1) forbids the registration of an organization under a name identical with that by which a company in existence is previously registered, or nearly resembling it to be likely to “deceive”.
The directive of the CAC was in response to a complaint by Lawyers of Assemblies of God Nigeria, Seven Seals Attorneys, on August 16, 2020, seeking the withdrawal of certificate of incorporation issued for Assembly of God Northern Nigeria in November 2017.
Also, the Executive Committee (EC) of Assemblies of God Nigeria on September 16, 2020 wrote to the NCPC official to discontinue plans to “illegally” set up a Church identical to its own, threatening to take legal actions within three weeks if he failed.
Potential violence in Jos
As a first step to jusrice, the Church is involving securities. In a letter on October 7, 2020 addressed to the Plateau State Commissioner of Police, copied to the Inspector General of Police, the Director of the State Security Services, Permanent Secretary Security, Plateau State Government House and among others, Christian Association of Nigeria, Attorneys of Assemblies of God Nigeria demanded a restraint against "forcefully" using properties belonging to its client, to avoid violent clashes.
According to the letter signed by Barrister Ezra Jinang, some AGN Pastors who opposed the new AGNN Church have been forcefully sacked and replaced by Rev. Pam despite being a mere employee of the Church like them.
Assemblies of God Church has in recent years experienced internal conflicts with factional leaderships installed in many of its branches.
The now incorporated Assembly of God Northern Nigeria is however thought to be the only known new Church, fronted by Rev. Pam, the Assemblies of God Nigeria’s Jos District Superintendent whose tenure reportedly elapsed in March 2020 while still serving as the Chairman, Christian Association of Nigeria (CAN), Northern Nigeria.
Moves for reconciliation had reportedly reached advanced level when the new Church was hatched, deepening the existing Crisis.
Posted by Masara Kim at October 08, 2020
Email ThisBlogThis!Share to TwitterShare to FacebookShare to Pinterest