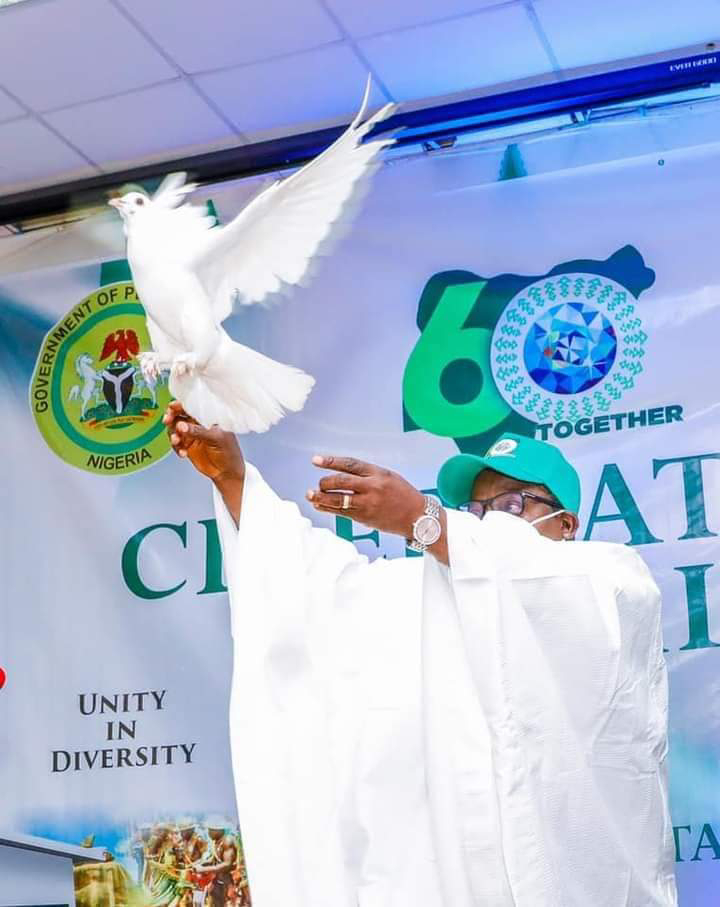 Governor Simon Lalong releases dove to symbolize peace
Central Nigeria: Officials in Plateau State say they are aware of security threats in the state caused by "merchants of evil".
But as a government, "we have vowed that we will never budge in our duty towards protecting the lives and properties of our people,' said Governor Simon Lalong, Thursday.
"No amount of blackmail and desperation will deter us from this task. We have drawn the battle line with criminals and together with security agencies remain steadfast in securing our State," the Governor said
According to him, arrests have already been made over the recent killing of a Traditional Ruler in Foron District, Barkin Ladi LGA; the Killing of a DSS operative in Shendam; as well as the killing of five people in Vwang District of Jos South Local Government Area.
Posted by Masara Kim at October 05, 2020
Email ThisBlogThis!Share to TwitterShare to FacebookShare to Pinterest