From science student to a passionate artist, Jacob (PhD), makes a living from painting, a sweet substitute for his frozen University lecturing income 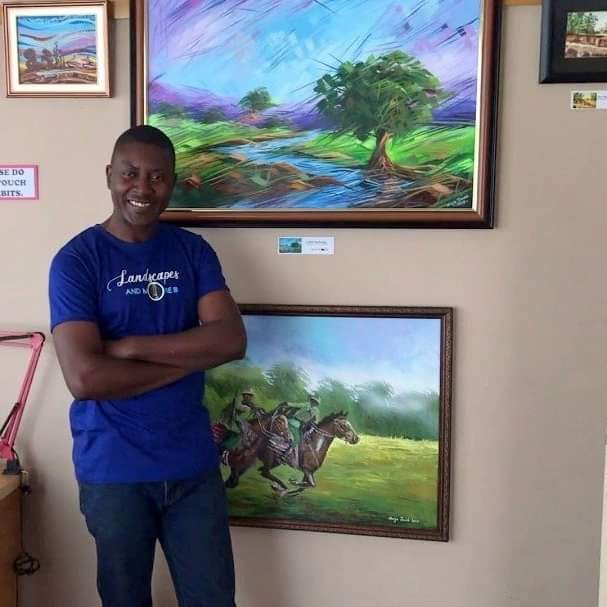 Mr. Jacob Onoja, 45, a Doctorate degree holder and Lecturer at the University of Jos, Plateau State, has been a passionate artist from childhood. From simple drawings, sculptures and craft designs, Jacob rose to be one of Nigeria's internationally reputed artists within a short period.

He wasn’t from a rich family. He had his Secondary education at the Command Day Secondary school, Jos, a school set up to cater for children of low cadre military personnel and other low-income households. He meant to study sciences, but failed some science subjects in his final high school examination.

Determined to succeed however, he rewrote his papers, but this time, in arts, and came out with a brilliant result. This feat perhaps meant that he was divinely rooted in arts. Hence, he sought admission in the University, to pursue his first love – fine arts. 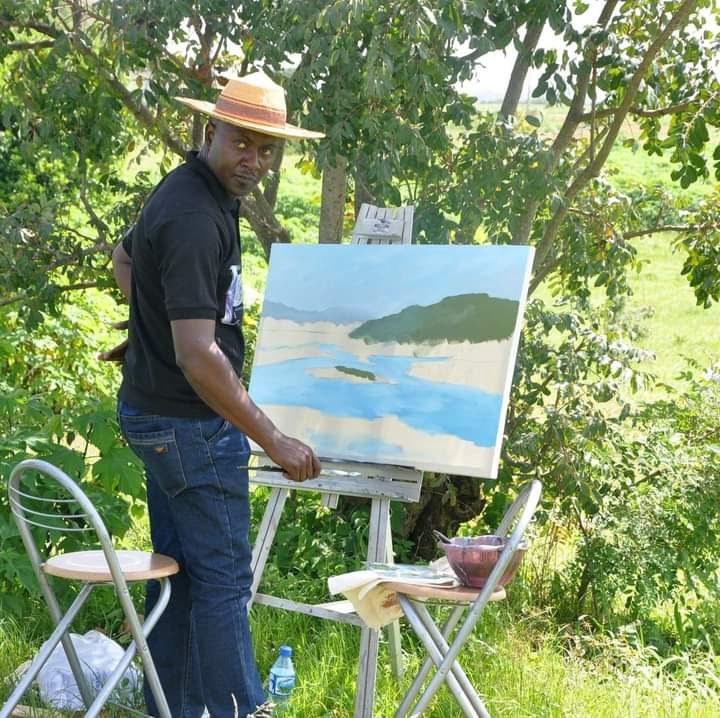 After his first degree and Youth Service, Jacob enrolled for a Masters degree in Fine and Applied Arts, and picked up a teaching appointment soon after, around 2006. While working as a teacher in Bethany Christian Academy, Barkin Ladi, Plateau State, the young artist took a Lecturing job at the University of Jos, on the advise of a Professor.

It was on the job that he had his Doctorate in Painting and Art History, around 2014, but it appears studio art has had a greater effect on his life than any career.

“Art is paying my bills and I am happy about it. People love to buy landscapes, to relate with places they have seen or visited before, and want them recreated to relieve memories and they pay well for that. It is a liberating thing for me economically,” Jacob said in an interview. 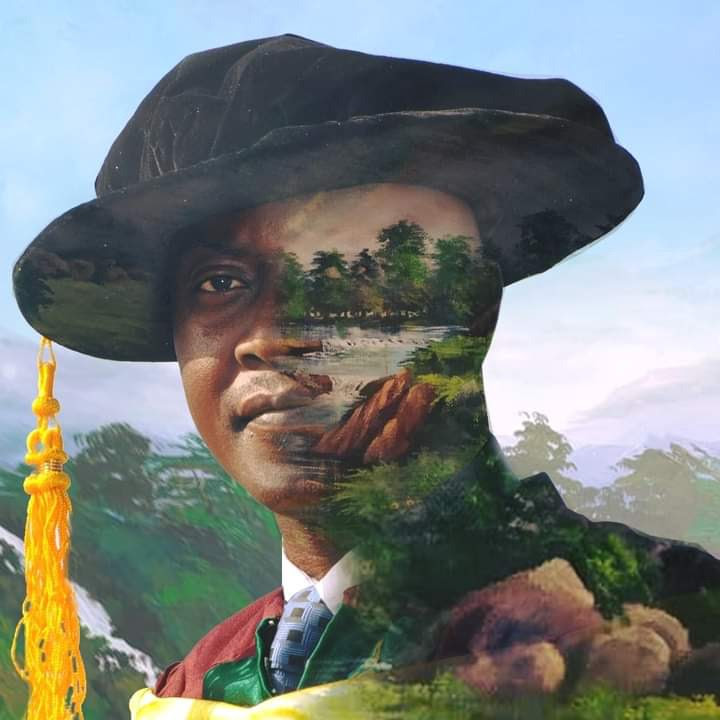 During Covid-19 lockdown, businesses were shut but Jacob never stopped transacting. From the comfort of his home, he designed, advertised and sold his works through the internet.

“Because I have a passion for it, I’ve always had it easy even in the midst of challenges. Take for instance, the Academic Staff Union of Universities (ASUU) has been on strike with our salaries stopped for seven months now but art has sustained me,” he said. 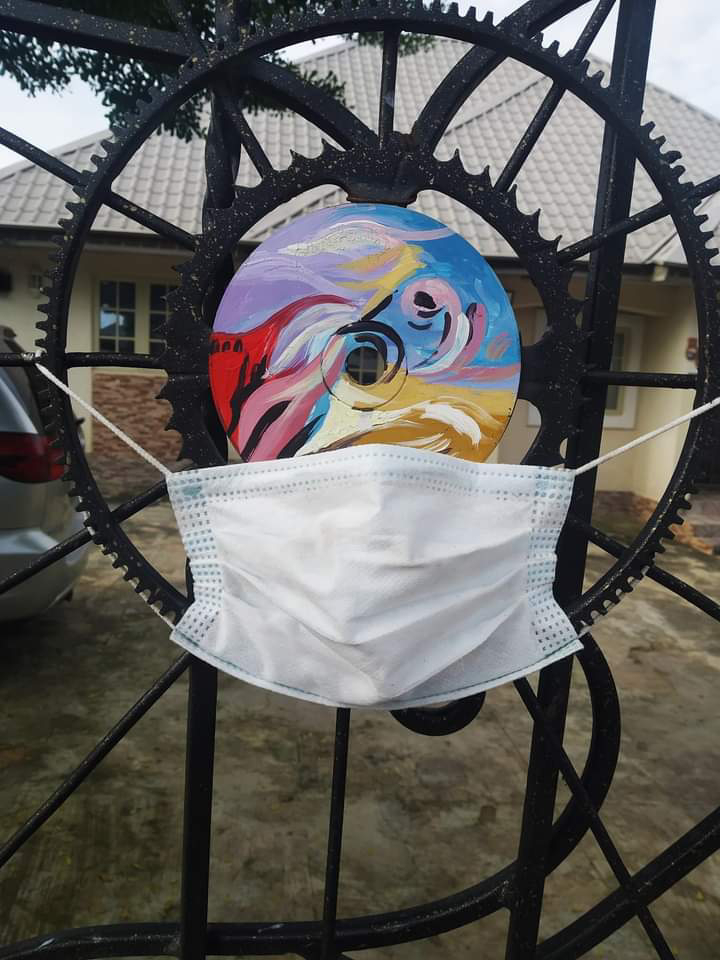 Perhaps, money is not the only exciting thing about arts, for Mr. Onoja. “I love to use my artworks – my colors, my landscapes; the excitement that they would bring to me as a person, I like to transmit it to the public,” he said. Recently, he started what he called “Landscapes and More”, a series of exhibition discussing topical issues on Peace and Conflict Resolution in Jos, Plateau State, to give hope to families and communities affected by armed conflicts. 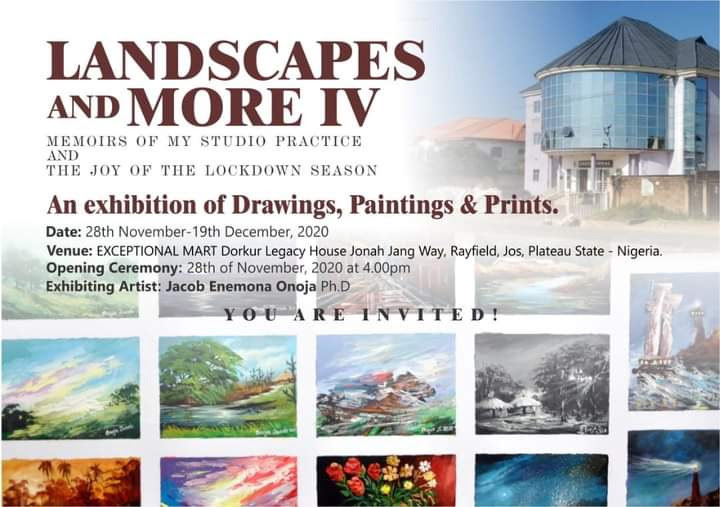 In his words, “People have lost hope, their livelihoods, loved ones and all and I try to contribute through painting to resolve the conflicts and heal the wounds created. And the best way to do it is to create a show in the form of exhibition. The one I’ll be holding this year is the fourth of such town and gown engagement for the public to see and relate with my work.” 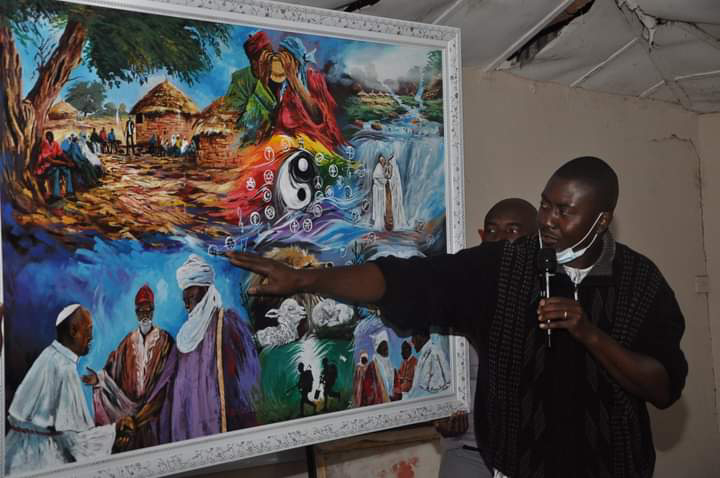 Some of his works which featured in previous exhibitions have sold overseas with some appearing in international art review publications.

Jacob however wants to do better, to be the best in the field of arts around the world, he said. This he is pursuing, by constantly experimenting, practicing and researching, an inspiration that younger people would like to draw from.

Posted by Masara Kim at November 20, 2020
Email ThisBlogThis!Share to TwitterShare to FacebookShare to Pinterest