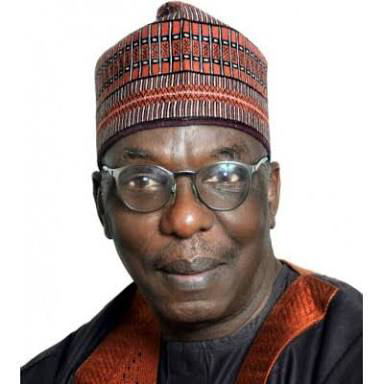 Serving the people in any political capacity entails serving the people and running their errands.
Insensitivity in this context means a total disconnect, adamant and non – nonchalant to the plight of the people hon. Maitala claims to be representing in all capacity.
As a member representing Jos North Bassa constituency in the Green Chamber of the National Assembly, hon. Maitala in our opinion would say has failed in carrying out his constitutional responsibilities to his constituents. We also feel the constitutional provisions in section 68 (1)(f) and 69 of the 1999 constitution of the Federal Republic of Nigeria as amended should be invoked by his constituents in fulfillment of exercising their constitutional rights over poor and ineffective representation.
For some time now, the people of Bassa Local Government Area who happened to be members of hon. Maitala’s constituency have been continually terrorized by “unknown gunmen” as stated by the media, even though some of the victims of the said attacks claimed they know their attackers; yet their challengers remained mute on the lips of their representative and stored in his belly for reasons only known to him.
It is inhumane for a representative who is expected to express his constituent's grievances in the Green Chamber (being an avenue for ventilation of grievances) regarding the state and level of insecurity in the region which has negatively impacted on the production of food, human and capital development, deprivation of constitutional human right to life and destruction of lives and property which ought to be the primary responsibility of any government.
Hon. Maitala’s function as a representative to legislate on behalf of Jos North Bassa federal Constituency and to undertake other functions such as deliberative functions, constituents functions, oversight functions etc have been defeated because of his inability to properly represent his constituency in the Green Chamber and that has constitutionally incapacitated him to remain in the position of representing an entire constituency who yarns desperately for government’s presence most especially the one mandated to speak on its behalf.
It is true that humans are not God and so cannot do all or satisfy everyone, but the least of telling the authorities at high places the challenges facing the people of Jos North Bassa should not be an issue for hon. Maitala unless there is an ulterior motive or possibly taking orders from an anonymous quarter(s) other than the one that gave him the mandate.
Summarily, it is understandable that as age adds, the body system degenerates and becomes vulnerable to ailment because its immunity will grow weaker. On this note, illness (as alleged) should not be an excuse to holding an entire constituency to ransom and stagnated. Ideally, in such circumstance, it is expected that the leader resigns base on health issues as he is incapacitated and there by allow the constituency flourish under capable leadership.
Disclaimer:
This article was sent in by Godknows Moses Richard for "Coalition of Vanguards for Change and Good Governance". The views contained in the write-up are solely his and do not reflect the views of MKB.
Posted by Masara Kim at November 15, 2020
Email ThisBlogThis!Share to TwitterShare to FacebookShare to Pinterest