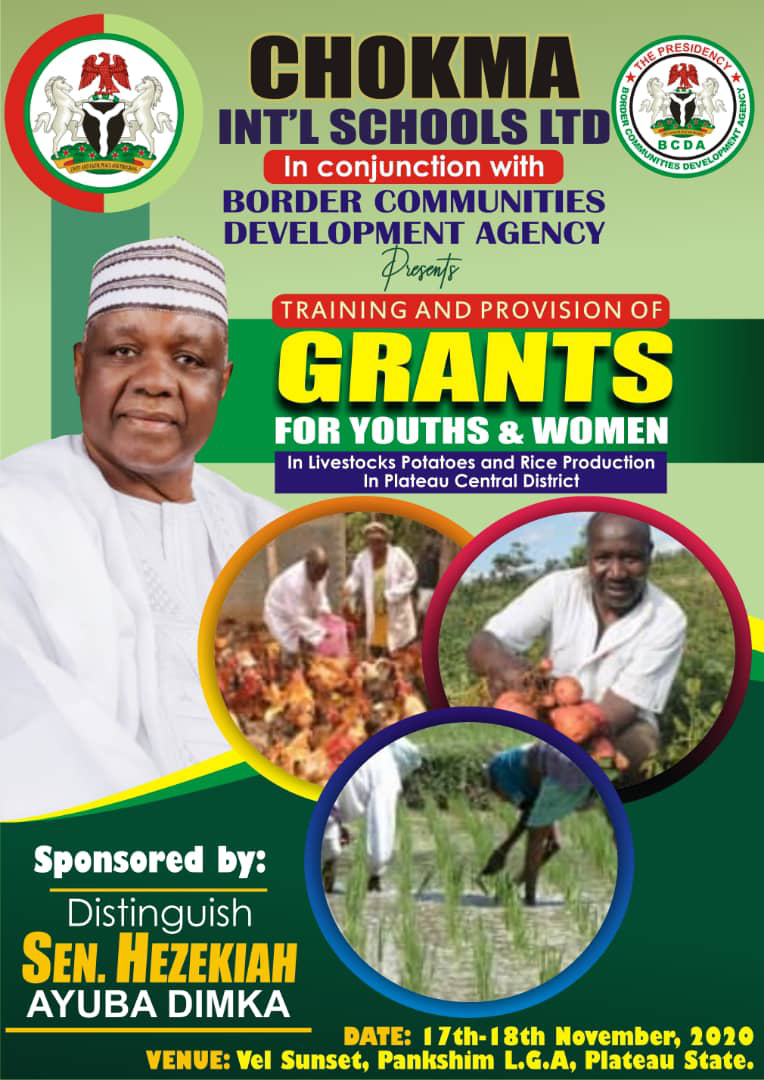 Mr. Hezekiah Dimka, the Senator representing Plateau Central in the Nigerian National Assembly will Tuesday begin training for a targeted 150 women and youths from his constituency in livestock, potato and rice production.

30 constituents from each of the five Local Government Areas of the Senatorial zone - Kanam, Pankshin, Kanke, Mangu and Bokkos have been selected for the training which ends Wednesday, with the provision of grants to each trainee.

The two-day event holding at Vel Sunset Resort in Pankshin town is among a series of empowerment programs scheduled for this year by the Senator, it is learnt.

Forty percent of Nigerians live in poverty, figures published by the National Bureau of Statistics (NBS) have shown. In a report on poverty and inequality from September 2018 to October 2019, the statistics office said 40 percent of people in the representing 82.9 million people lived below Nigeria's poverty line of 137,430 naira ($381.75) a year.

The Academic Staff Union of Universities (ASUU) recently described a comment credited to the Minister of State for Education, Chukwuemeka Nwajiuba, that striking lecturers should consider farming as an alternative profession as a “reflection of his shallow understanding of the academic profession and low premium that the government places on education”.

Less than a month later however, the body allegedly advised students to seize the strike opportunity to get a skill and add value to their lives.

In a Twitter post on an unverified ASUU account, the body said, “This strike is an opportunity for any undergraduate to get a skill. Students should always seize opportunities to add value to their life. At no time will conditions be favourable. Successful people only seize opportunities."

Senator Dimka's empowerment might seem crude but a huge step in curbing unemployment, which currently stands at 27.1% in Nigeria, and 29.8% in Plateau State.

Posted by Masara Kim at November 15, 2020
Email ThisBlogThis!Share to TwitterShare to FacebookShare to Pinterest